Research Associate Jo Watson recently published a paper in Nucleic Acids Research describing an app which makes full use of our pilot Shiny service. Her app helps users perform analysis on lists of genes or proteins, which is a common data output from high-throughput biological experiments. Thanks to our Shiny app hosting pilot service, it was easy for her to publish the app alongside the paper describing her work.

Jo had written her SubcellulaRVis using Shiny, which is a library for the popular statistical programming language R. Shiny allows R programmers to add a user interface to their work. This allows them to deploy their code as a web application, which allows other people to use their research without having to know R.

The aim of Jo’s app was to allow users to better understand where the proteins they are interested in are found inside the cell. This is an important way to characterise how these molecules function or may be malfunctioning in disease. The app performs the calculation based on a user-supplied list of genes or proteins, simplifies the results and visualises them in a way that is accessible and user-friendly. 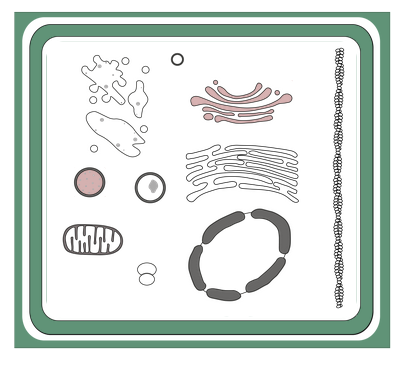 Jo was able to use the Shiny pilot service with just a few commands. Prior to the launch of the pilot service, researchers would either have had to set up their own server to host their apps, and use a more complex deployment process, or host their app with a third-party provider.

Our new service avoids the need for app users to be able to install or even understand R. It also makes it easier for the researcher to replicate their R environment on the Shiny server, minimising the risk of code breaking owing to different library versions. The service can handle quite complex R library dependencies, including Bioconductor libraries, and R libraries stored in private repositories.

By publishing her work in this way, Jo has made her research accessible to researchers with less bioinformatics experience, therefore increasing its reach and impact.

Jo said “I had been hosting my app using a virtual machine, and it was clunky and difficult to update. When I saw Research IT offering this service, I jumped at the chance! With their help the app was up and running quickly. I can now easily update the app from within RStudio. I would strongly recommend the service to anyone wanting to share an app they have made with Shiny.”

As well as Bioinformatics research, Shiny apps are well suited for interactive mapping, data visualisation and building custom dashboards. If you would like to use the pilot Shiny app hosting service, further details can be found on our website.