The SpiNNaker Machine is a large-scale computer designed for simulating spiking neural networks which are being used in computational neuroscience in an attempt to understand how the brain works. SpiNNaker, part of the Human Brain Project, allows users to simulate networks of up to 1 billion neurons in biological real-time. Although the execution of networks of this scale is ground-breaking, it is still only capable of simulating up to 1% of the human brain.

Andrew helped to get the 1 million core SpiNNaker machine up and running by working on the software that is used to configure and run simulations on the machine. As part of this work, he created a visualisation which booted the machine live during the “SpiNNaker 1 million” event hosted at the School of Computer Science. His software then counted the cores in the machine, ensuring there were over 1 million and so verifying that the machine was ready for use. The software achieved this by asking each SpiNNaker chip how many cores it had once the machine was booted. The Ethernet connectors on each board were all in communication with the software simultaneously, reducing the time required to complete the count. 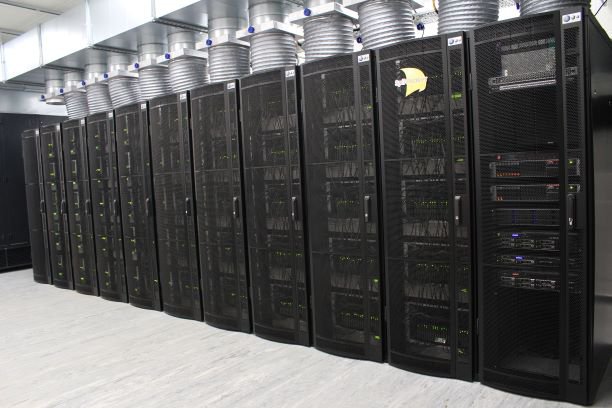 Prior to this, Andrew was responsible for debugging the boot process to make it more robust to the hardware faults that inevitably occur in a machine of this size. He has also helped to create some demos that were used on the launch day, including a robotics demonstration and a spiking-neural-network based Sudoku solver[2], in which the puzzle can be changed by the user whilst it is running.

Andrew will continue in his work on the Human Brain project for the next few years embedded in the group, continuing to evolve the software as the neuroscience community makes new discoveries. Additionally, although the goal of building a machine with a million cores has only just been realised, the technology used is around 10 years old. Work has already begun on the development of a second-generation SpiNNaker chip and Andrew is involved in consultations on the software requirements for this new development. He will also work on making the existing software compatible with the hardware when it goes in to production.

If you would like a research software engineer to contribute to your research project please get in touch with us to discuss your needs.